People of the Parkway – Part 3. The Palliser Expedition

John Palliser was born in Ireland in 1817 to a wealthy family. He loved hunting and exploring and caught the passion for frontier life when on a hunting expedition in Missouri in 1847-48. He later conceived a plan to lead an expedition in British North America and applied to the Royal Geographical Society for a grant.

The Royal Geographical Society, needing information about the Hudson’s Bay Company’s territories widened the scope of the project to include the gathering of scientific data.

The Palliser Expedition traversed British North America from the Red River Settlement (now Winnipeg, Manitoba) to Vancouver Island from 1857-60. Information gathered on this expedition was used to determine to what extent the Hudson’s Bay Company’s lands was favourable for farming and in route-finding for the building of the Canadian Pacific Railway during the late 1880’s. 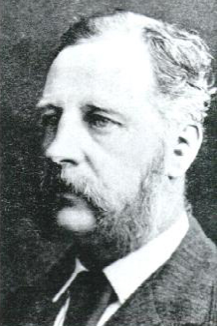 Sir James Hector, a Scottish surgeon, geologist and naturalist, travelled with the expedition. He named many of the peaks along the Icefields Parkway and is the namesake of Mount Hector.

It was Hector for whom nearby Kicking Horse Pass and Kicking Horse River, just west of Lake Louise, were named. A pack horse had fallen into the river and while Hector worked to pull the fallen horse from the water, his own horse went loose. After the pack horse was recovered, Hector went after his own horse, only to be kicked in the chest by the beast. Hector fell down as if dead. His companions dug his grave. Fortunately, he revived before he was prematurely laid to rest.

The sad irony is that years later when he returned to the area with his son to show him this site, his son was struck down with appendicitis and died at the hospital in Revelstoke.